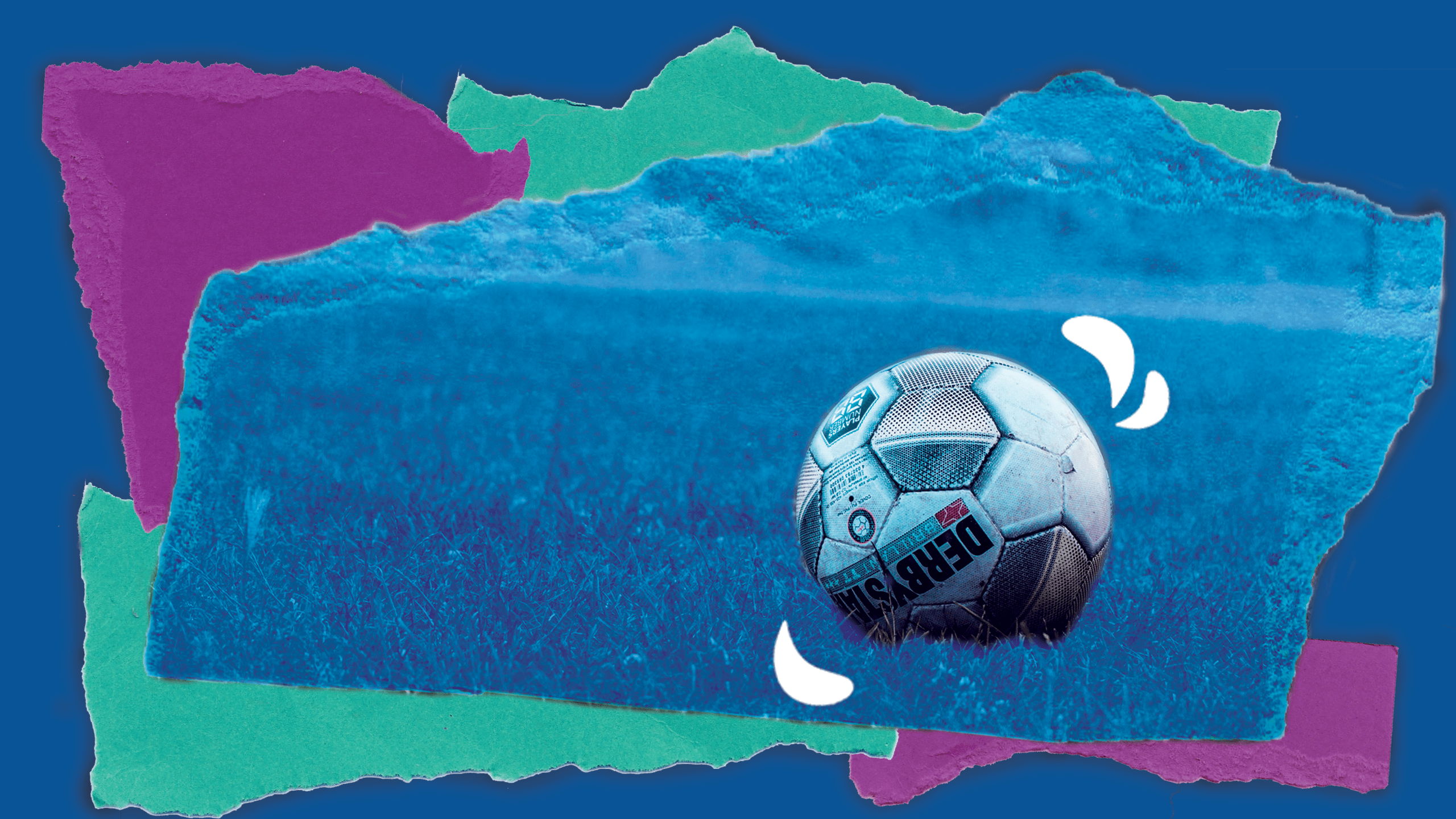 Support, stability, soccer: How one student’s love of the game sustains his mental health


Pandemic or not, how physical activity is essential to a student’s mental well-being 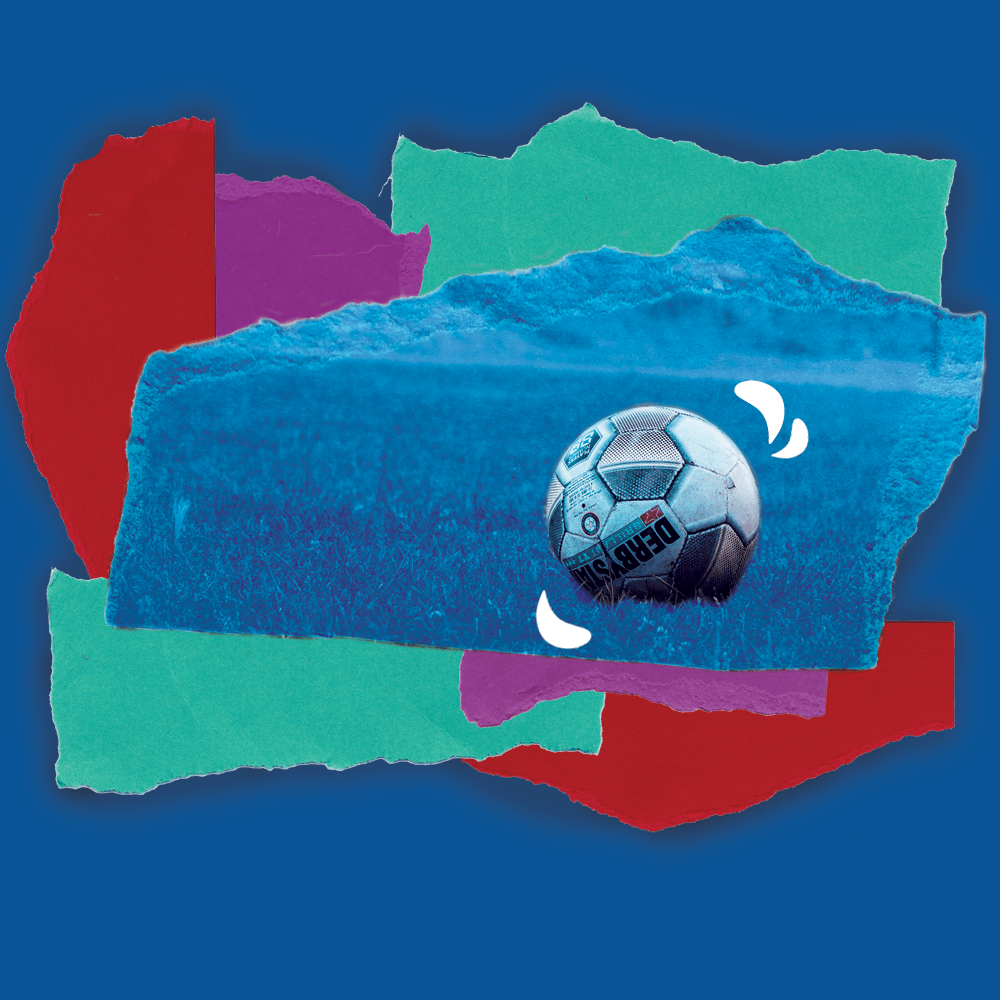 Support, stability, soccer: How one student’s love of the game sustains his mental health


Pandemic or not, how physical activity is essential to a student’s mental well-being

Growing up, Linus Roberts* remembers watching his family friends play in soccer leagues. Unable to afford organized leagues, he played in the street with his neighbours and friends–wherever and whenever he could.

When Roberts got to middle school, he was finally able to play soccer whenever he wanted in the large field behind his school. During these years his love for soccer grew stronger.

The transition to high school was tough for Roberts. In Grade 9 he struggled academically and found that it was challenging to keep up with his workload. Having always thrived in school, this was something he had never experienced before.

But when Roberts joined the school soccer team, his days began to have structure and consistency again.

“Moving the ball around at practice was one thing I always looked forward to and got me through every day,” Roberts says.

His grades began to improve and he was able to maintain a 90 per cent average for the remainder of high school. He didn’t worry much about the outcome of exams, confident in his abilities.

The activities that he participated in disciplined him. Knowing he had a set time to complete each task forced him to maintain a routine.

“I would have soccer right after school until 6 p.m., then I would come home and then six to nine I would know it was time to do homework.”

However, Roberts hit another road bump when he started his first year in Ryerson’s computer engineering program in 2016. He found himself caring more about his marks, losing confidence in his abilities and finding less and less time for the sports he grew to love and that had provided him with routine.

Following this shift in mindset, Roberts began experiencing depressive episodes. He found himself not having time for the things he used to enjoy and even losing interest in them entirely. He couldn’t eat or sleep and found himself apathetic towards any social interaction, something entirely out of character for him. Roberts also had no interest in any form of athletic activity—even just the idea of it exhausted him.

“I noticed that when I was at my most stable states, I was doing a lot of things at once,” he says. “In high school, playing soccer and getting good grades was enough for me to just be in a normal operating place. Then in university, it was all just academics all the time and that’s where it all started to decline.”

Catherine Sabiston is the director of the Mental Health & Physical Activity Research Centre, the Canada Research Chair in physical activity and mental health and a professor of exercise and exercise psychology at the University of Toronto.

She identifies the simple symptoms of depression as a lack of motivation, apathy, low mood and a lack of desire to engage in activities—which she says is a traditional barrier to being physically active.

Dedicating yourself to exercise is never easy, but a study by the Lancet Psychiatry Journal from 2018 found that “individuals who exercised had 43.2 per cent fewer days of poor mental health in the past month than individuals who did not exercise.”

According to Sabiston, post-secondary students are especially at risk, often because they feel they don’t have the time to exercise or that their time could be better spent elsewhere, typically studying or working.

However, Sabiston suggested that even just 20 or 30 minutes of activity would actually improve the outcome of the work that students are prioritizing over-exercise.

She added that—especially during the pandemic and with ever-changing restrictions—although there are benefits to exercising in a group setting, exercising alone could also give you a sense of belonging as if you’re part of a social movement.

“We have to be able to redefine what physical activity is in order to see the benefits, but once that’s redefined, the benefits certainly outweigh any costs”

But Sabiston says we need to begin to redefine physical activity to make it more accessible and doable for everyone, regardless of their situation.

“Physical activity doesn’t need to be defined as running, biking, swimming or weights,” says Sabiston. “There’s so many ways we can build muscle and engage in movement and get our heart rates up in the comfort of our home.”

She suggests walking outside or getting a pedometer to track your movement around your house. Other accessible ways to stay active include opting for the stairs when possible, trying a virtual workout class and starting the day with stretches.

“We have to be able to redefine what physical activity is in order to see the benefits, but once that’s redefined, the benefits certainly outweigh any costs.”

Andrew Pettit is the director of recreation, equity and active well-being at Ryerson Recreation and says that he finds that students get into the mindset of “study, study, study.” However, he notes that when you exercise “you think more clearly, more creatively” and that exercise may actually be additive to the work that is being completed.

In a non-pandemic year, RU Rec offers competitive and social leagues for students where there are no coaches or team tryouts along with group fitness and instructional programs.

Pettit says the clubs have seen strong student participation, but he knows that for some people, sport and physical activity have actually excluded them in the past. He says to counter these experiences, RU Rec looks to help “build back bridges with people so that they can have that healthy connection to their bodies and to their community through physical activity.”

A 2011 study by Egale Canada Human Rights Trust found that 48.8 per cent of LGBTQ+ and 30.1 per cent of non-LGBTQ+ high school students identified gymnasium change rooms as being unsafe. These were the highest reported feelings of unsafety in all areas of the schools that were surveyed.

Pettit says that these feelings of unsafety are likely carried over into post-secondary and dissuade students from participating in activities.

“We need to be cognisant of how sport has differently impacted and welcomed people across their lives up to the day they come to Ryerson for the first time,” says Pettit. “And we need to make sure that people feel that they have a trusted and safe place to land with us.”

“We have an opportunity at Ryerson to really capture the attention of young people or people of any age who haven’t had a positive experience to say: ‘Wait, this isn’t gym class,’” he says.

RU Rec also offers Zoom group fitness classes with a live instructor. They plan on continuing these online activities even once school reopens. Pettit says that this decision is so that “we are ready to meet students where they’re at.”

In addition, they recently developed Movement Breaks, which gives Ryerson students access to activities of three different lengths—up to three minutes, up to six minutes and over six minutes. Pettit says that integrating these quick activities into a daily routine, even during a quick Zoom class break, would relax students’ minds, even just a little bit.

At one of his lowest points ever, sometime last year during the peak of the COVID-19 pandemic, Roberts couldn’t get soccer off his mind no matter how hard he tried.

He ultimately gave in to the longing, grabbed his old soccer shoes and a ball and went to an empty field near his house. For that time, to Roberts, the only thing that mattered was him and the net. And he played.

This was the first time in as long as Roberts could remember that he felt OK. He wasn’t stressed about school, he wasn’t concerned about life, he could breathe again.

To Roberts, there’s no need to think while on the field, and that’s what he loves about it.

“It’s like a sort of freedom,” he says. “The rigidity and the schedule of school and life…When you’re on the field all those things go away.”