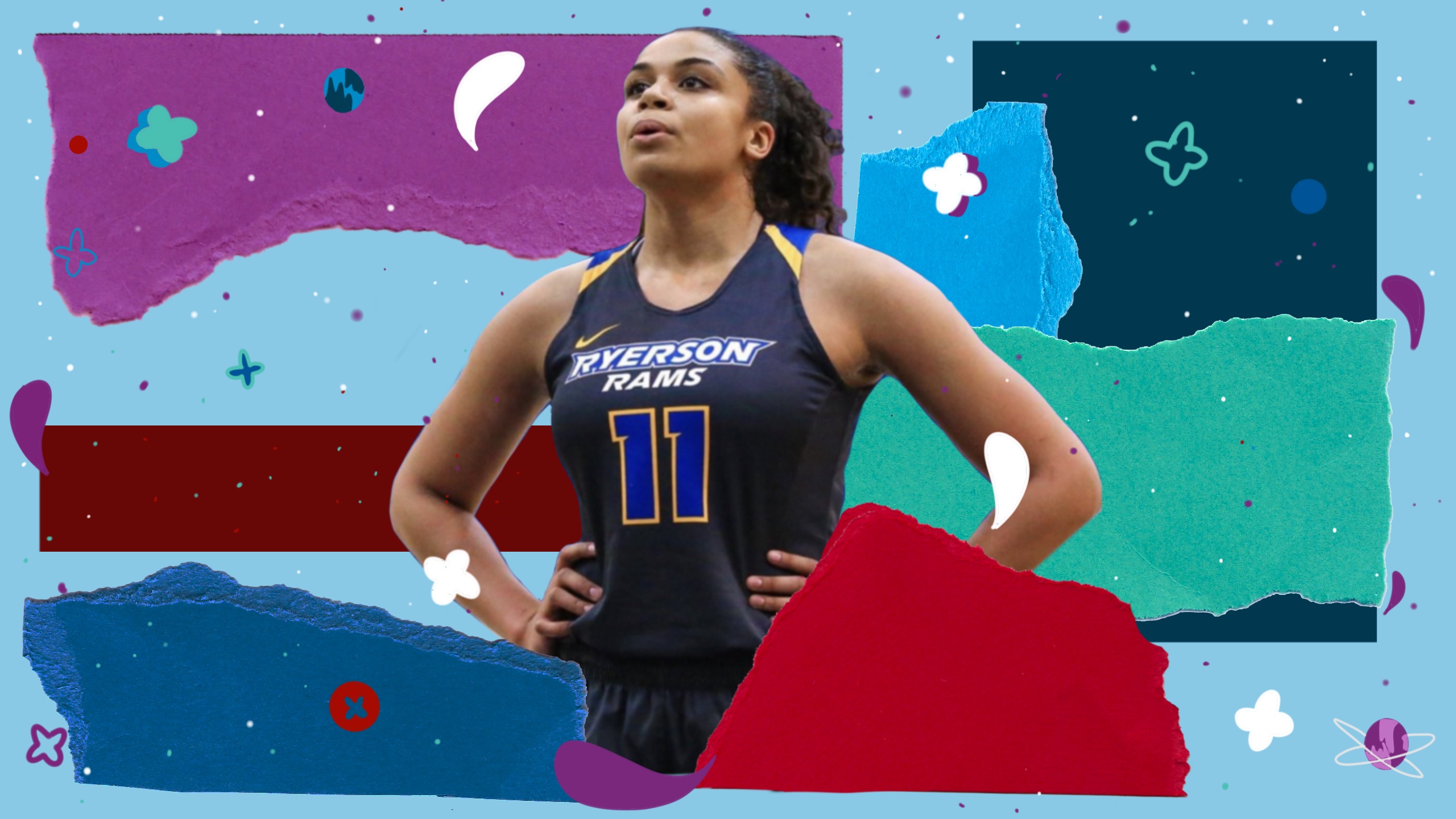 Pass the Mic: This Ryerson alumna is working to improve representation in sport media


Savanna Hamilton, a sport media graduate in 2018, is using her platform to inspire younger generations 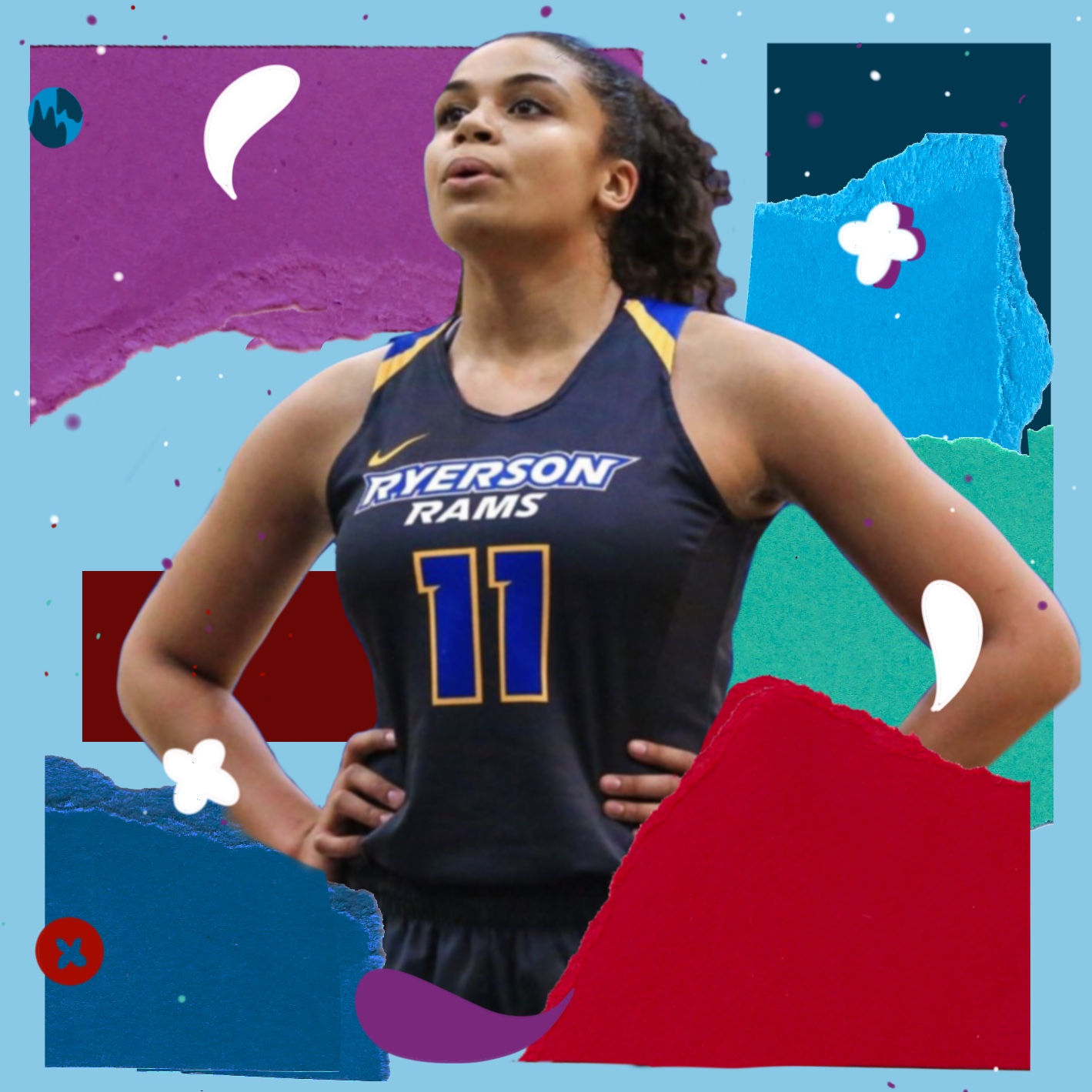 Pass the Mic: This Ryerson alumna is working to improve representation in sport media


Savanna Hamilton, a sport media graduate in 2018, is using her platform to inspire younger generations

The benchmark of young basketball talent in Canada is often measured by receiving an offer to play in the United States at the collegiate level. Getting to play in the States is typically a rare opportunity, one that’s usually taken without hesitation—but not for Savanna Hamilton.

When deciding on schools, Hamilton was drawn to Ryerson, which was offering a new program set to launch in the fall of 2014. “I do take pride in my education,” said Hamilton, which turned her away from the American offers from programs that didn’t line up well with her interests. Instead, Hamilton became the first-ever student accepted into the sport media program, according to program administration. She would go on to play varsity basketball for all four years of her undergraduate degree.

Hamilton was originally inspired to pursue sport media by Sage Steele, an on-air host of NBA Countdown on ESPN and ABC. “I didn’t know [sport media] was even an option. It helped that she was a woman that looked like myself too.”

Steele, a Black woman anchoring one of the biggest basketball segments on television, was one of the first sports personalities Hamilton could connect with. “I didn’t really connect to hockey culture or relate to hockey personalities. They talk a lot of hockey in sport media.”

“I didn’t know sport media was even an option.”

Hamilton was later motivated by an interaction while volunteering at Ryerson that showed her how sports’ level playing field was not so level after all. When all 11 of Ryerson’s varsity teams partnered with Nike in 2016, Hamilton volunteered to attend collaborative community events. At one Nike camp in 2017 coaching younger students, Hamilton met a tall, talented 15-year-old Black girl. The girl had the skills and height to succeed in basketball, but Hamilton later found out the teen couldn’t afford to play competitive-level basketball.

“It was more eye-opening to me. This little girl won’t even get the same opportunity I got. That’s what motivated me,” Hamilton recalled. She said meeting the girl and hearing her story gave Hamilton more clarity about her responsibility as an aspiring Black member of sport media, to push for more diversity in sports.

“Those who tell the stories rule society,” she said. “We’ve got to think about who’s been telling the stories the past decade; forever, really. It’s been the same demographic.”

In school, Hamilton made her on-air aspirations known, but she found herself fighting to get sufficient practice live on-camera during extracurriculars or sporting events. Hamilton’s on-air goals were usually met with discouraging remarks. “It’s so interesting, the reactions you get, ‘It’s a nice dream’ or ‘Okay… all the best.’”

Hamilton said lack of representation in the sport media industry made it harder to be taken seriously in school. “What you see is what you know. How could they think somebody who looks like me can be on camera if all they see is this particular person being on camera?”

Due to lack of practice during her undergraduate experience, Hamilton found herself playing catch-up to refine her on-air skills. Although she noticed shortcomings in school, Hamilton said there are allies in the industry, specifically crediting the current sport media program director at Ryerson, Joe Recupero, who asked Hamilton to speak with him about diversity and inclusion during the summer of 2018. “It’s about working together and solving the change,” said Hamilton.

Hamilton was never discouraged about her chances of being on-air. At a speaking event in her first year at Ryerson, Hamilton approached Akil Augustine, a host on NBA TV Canada. Due to a recent injury in basketball, Hamilton found herself using crutches. Despite this, she went up to Augustine and asked if there was anything she could do to help at the studio.

“That was one of the best things that happened to me in retrospect,” said Hamilton.

“How could they think somebody who looks like me can be on camera if all they see is this particular person being on camera?”

The crutches gave Hamilton a memorable edge and her extreme self-confidence stood out to Augustine. Six years after that encounter and three years after graduating from Ryerson, Hamilton is now a host for NBA TV Canada and Toronto Raptors Today, also reporting on the Raptors 905.

Tough conversations with basketball coaches built Hamilton’s confidence to advocate for herself and tackle difficult subject matters on-air. She dealt with injuries in her Rams athletic career and was eager to prove herself. “I’m better now, you’ve got to play me,” Hamilton used to urge her coaches. Being an athlete also came with demanding practice regiments, which poised Hamilton to succeed despite the late nights or early mornings required in the media industry.

Hamilton said she has seen some small positive changes in the industry since she left school. “It got more expedited when George Floyd was all up in your face on social media,” Hamilton said. “Which is sad because this has always been a relevant issue.”

Change is often a slow process in the industry. “I’m hoping it’s taking a while because they’re just trying to make the correct change and not a knee-jerk reaction,” said Hamilton. She has noticed more people reflecting intrinsically and looking within their own organizations.

“The way I’ve been treated in some spaces in this industry…it almost made me want to quit sports. I was almost tempted to just because of what was said to me. I don’t want anyone else to feel like that,” explained Hamilton.

Hamilton said there’s still significant work to be done in the industry. “The people of colour or women who do work for your organization, are they making what the standard rate is or how are they being treated? There are so many layers to it.”

Some of these changes are starting to show at Maple Leafs Sports and Entertainment (MLSE), which Hamilton credits as the most diverse workplace she has worked for. In 2020, MLSE hired two diversity vice-presidents—John Wiggins for the Raptors and Teri Dennis-Davies for its organization. “They’ve already made an impact, immediately,” said Hamilton.

Wiggins started as an intern for the Raptors 905 and worked his way up the ladder to vice presidency. Wiggins’ role model was Wayne Embry—the first Black general manager in all major North American sport leagues.

From Embry to Raptors president Masai Ujiri, to Wiggins and 905 leaders like Courtney Charles and Patrick Mutumbo, the domino effect is apparent, according to Hamilton. She said MLSE is stacked with skilled and hardworking people from a range of different backgrounds.

“That’s why you should hire people of colour in decision-making positions,” said Hamilton. “When you are so used to seeing one thing, you have blind spots—we all have blind spots.”

Hamilton credits those who are taking their time to understand blind spots and thinks it’s never too late to learn. “I hate it when I hear, ‘Since when are you woke?’ It’s okay, we all have a learning curve, sometimes you’re not aware until you have to be made aware,” explained Hamilton.

As her own course of action, Hamilton is using her voice and platform to elevate diverse voices to join her in the industry.

“I’m so fortunate to be in a position holding the mic. Here you go, tell your story, because people need to listen to it and people need to understand what you’re going through and how it’s different than anything they’ve had to consider.”

“Go, tell your story, because people need to...understand what you’re going through and how it’s different than anything they’ve had to consider”

During Black History Month this year, Hamilton hosted a live event on behalf of U Sports, a conversation meant to shine light on Black stories and impacts from student athletes, coaches, administrators and athletic directors.

“Those individuals all had amazing stories and different perspectives. It’s amazing how discrimination and struggles range so greatly when you’re in the community,” said Hamilton.

She also drives conversation around intersectionality when she speaks and hosts panels at Monday Girl— a fast growing mentorship community for professional women. Monday Girl is loaded with, “a full roster of powerful women opening the door to other women,” said Hamilton.

Being a leader and voice for change still feels surreal to Hamilton, but she’s keen to continue the conversation. “I’m really looking forward to some future content that’s very pro-women and pro-diversity and inclusion,” she said.

“I’m really happy to be part of change and growth in my organization and within this media industry.”