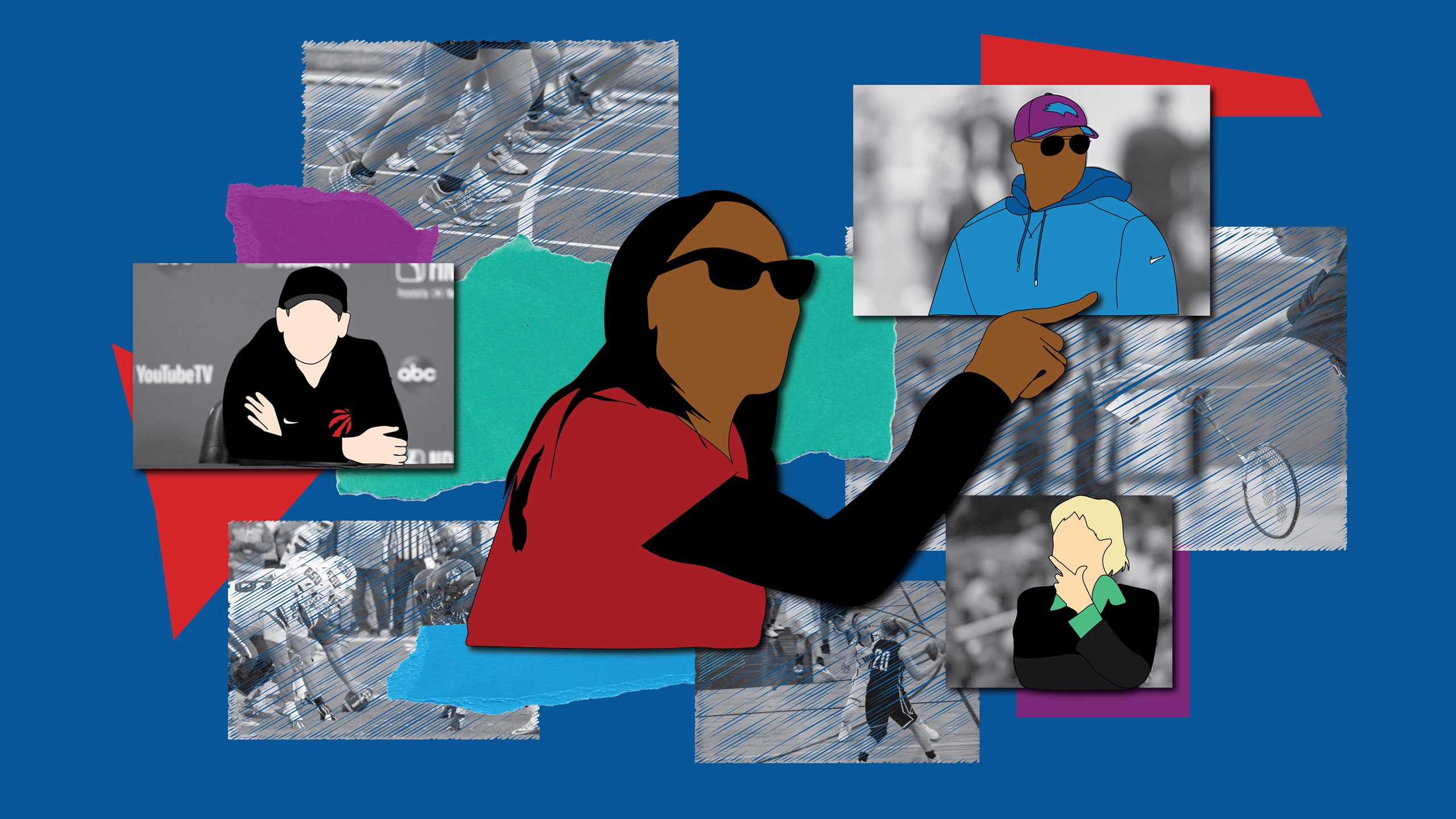 Not just a coach but a mentor, leader and friend


For these coaches, the relationship with the team runs deeper than the wins and losses 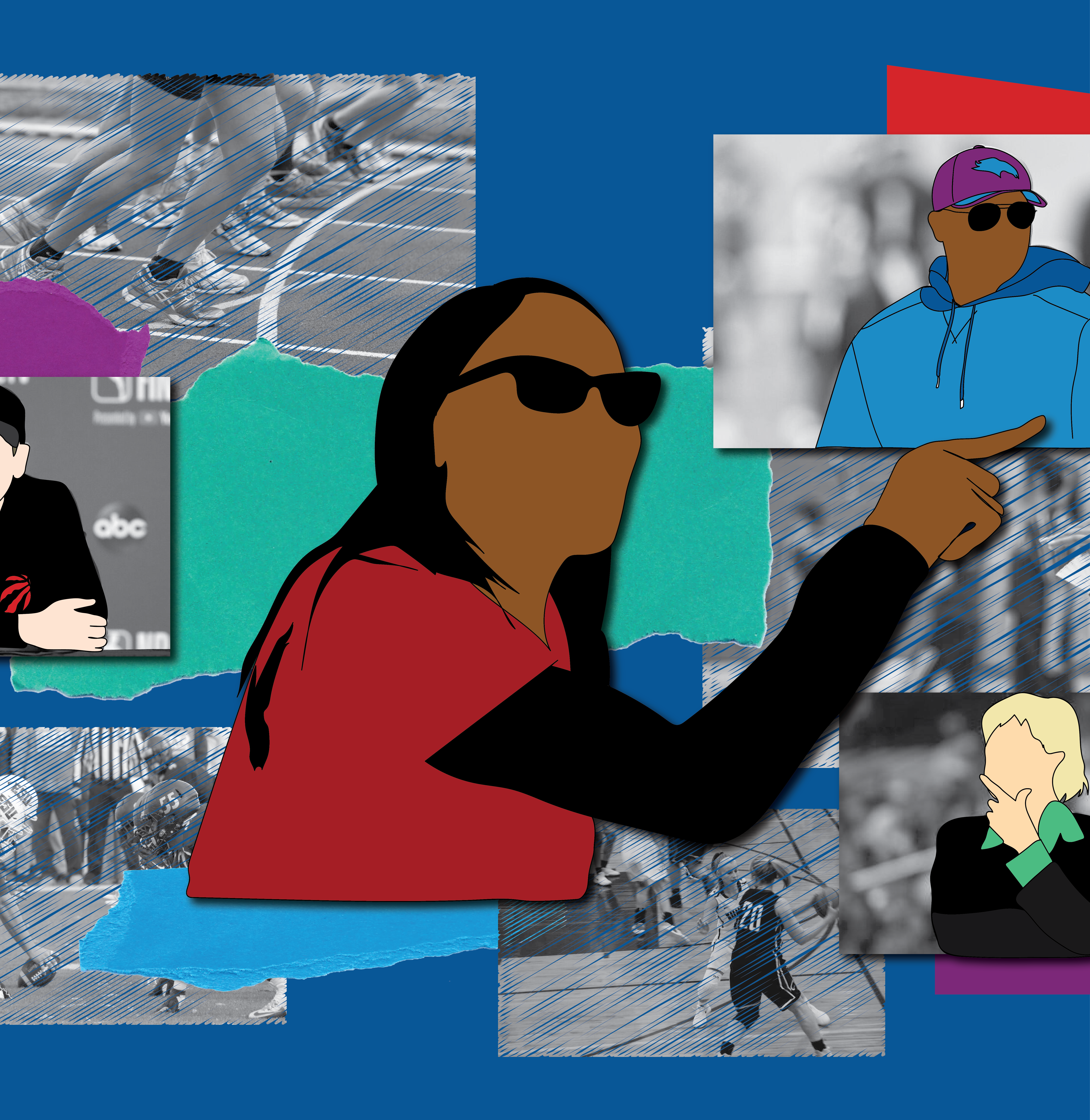 Not just a coach but a mentor, leader and friend


For these coaches, the relationship with the team runs deeper than the wins and losses

Steve Lynch never could have guessed that one snowy day in New Jersey would lead him to a 20-plus year career as a hockey coach.

He was 16-years-old and about to spend a typical Friday at the rink. However, because of bad weather, a few coaches couldn’t make it in, so Lynch was asked to help run a learn-to-skate clinic.

“I kept coming back every week and after 10 weeks the guy [who ran the clinic] came up to me and gave me a cheque,” he said. “I started coaching house league and by the time I was a senior in high school, I was assistant coaching my first travel team.”

Today, Lynch is the executive director of Statewide Amateur Hockey of Florida, the official governing body for hockey in Florida. He is also the program director of the Golden Wolves, one of South Florida’s most successful youth hockey organizations. As a coach, Lynch brought the first USA Hockey National Championship to Florida and the Southeast District in 2002.

Throughout his coaching career, Lynch has taught the game to many players. As one of the pioneers in Florida’s youth hockey scene, former players have come back home to join him as coaches for the Golden Wolves.

“A lot of our players that have moved on and graduated, I still keep in close contact with. In a lot of ways I’ve become friends after being their coach,”

Coaching is more than trying to win a game; leading a group of athletes can be tough. For Lynch, the hardest part about coaching is balancing the needs of the team with the relationship with each player.

Like Lynch, Ryerson Rams women’s hockey coach Lisa Haley has been making an impact on the hockey community over the course of her long career. The Westville, N.S. native has coached at all levels including the Olympics, International Ice Hockey Federation World Championships and U Sports.

Haley began her coaching career in 1997 when she was appointed as the first head coach of Saint Mary’s University in Nova Scotia. She won four Atlantic University Sport championships over the course of her 15 seasons at Saint Mary’s. In 2011, Haley was named the first head coach of the Ryerson women’s varsity hockey program, a role which she still holds today. Internationally she has coached Canada at numerous competitions including the Olympics and is the current head coach of the Hungarian national senior women’s team.

Despite her success internationally with Team Canada and at the university level with Saint Mary’s, Haley said her experience last season with Ryerson is one of her proudest moments as a coach.

For Haley, the toughest part about being a coach is balancing her professional and social life, as coaches can’t let the job “consume [them] too emotionally.”

“You get so invested in your players and goals, you can easily go at it 24 hours a day, seven days a week,” she said.

“The worst moments of coaching are definitely releasing a player that you care personally about. When you have a personal relationship with a player that’s been a part of your program for so long, those are tough moments when they have committed so much.”

“I want them to think back and say that we made them better in more ways than just as hockey players.”

Carly Clarke is another Nova Scotia native who made her way from the Maritimes to Ryerson. The current Rams women’s basketball coach has also represented Canada multiple times on the international stage.

The environment Clarke grew up in played a huge part in her love for basketball.

Like Haley, Clarke also maintains close personal connections with players. After spending multiple years with the same group of players, coaches tend to stay in touch with them even after they leave the team.

“A lot of our players that have moved on and graduated, I still keep in close contact with. In a lot of ways I’ve become friends after being their coach,” said Clarke. “To stay connected to those former players and celebrate their accomplishments are probably the things that stand out.”

In the same way that players impact their coaches, coaches can leave lasting impacts on their players as well. For current Golden Wolves hockey coach Dan Reilly, he landed in the career after being inspired by his own coach–his dad–growing up.

“My [role model] was my dad, he was a head coach and I always liked playing for him,” said Reilly. “Even though we have different play styles and ways that we want things done, I have definitely taken some things from him.”

Reilly started coaching at 14 years old when he helped his brother’s nine to 10-year-old team as a skills coach. Today, the 33-year-old has taken his teams to multiple state championships at the high school and travel level, as well as appearances at the USA Hockey National Championships.

Although his dad influenced him as a coach and person, the most important thing for Reilly when he finishes his coaching career is the impact he and his assistant coach Mike Black have left on their players.

“I want them to have enjoyed playing for us and look at us as role models,” said Reilly. “I want them to think back and say that we made them better in more ways than just as hockey players.”