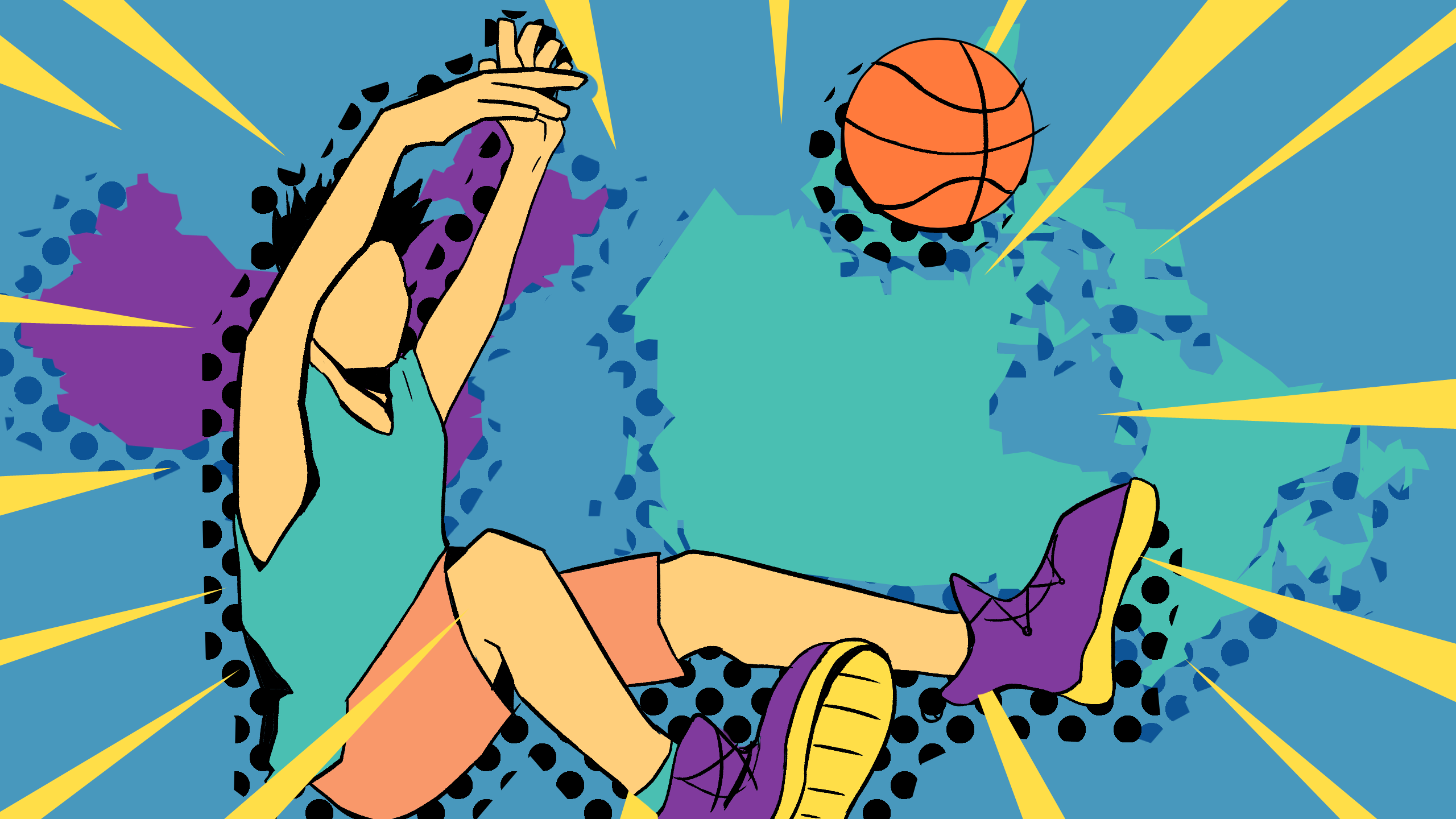 The first day of high school is a stressful time for any kid. They’re not only in a new place and surrounded by unfamiliar faces, but they’re also taking that next step to adulthood, a prospect that’s just as terrifying as it is exciting.

In 2014, Zhi Feng Wang was not only new to Oakville Trafalgar High School but also relatively new to Canada. Wang, who goes by Tony in Canada, had moved here from Wuxi, China with his family just a year prior. Understandably nervous at his new school, he sat alone at first, but when a boy approached him to compliment his LeBron 15 sneakers, some of that anxiety faded away.

The boy settled into the seat beside him, and the conversation soon switched from his shoes to clothing, hobbies, TV and other sports. The two are still friends today, with Wang citing basketball as a gateway into their friendship.

“When you’re trying to make friends with someone, you need similar hobbies,” said Wang, now a second-year sport media student. “That’s how basketball helped me…it’s how I got my first friend [in high school].”

For many new Canadians, sports can act as a bridge; an instant connection to an unfamiliar community. The accessibility and simplicity of sports make it easy to connect over and bring people together.

According to Ryerson contract lecturer Stephen Sheps, who teaches Sociology of Sports, sport is a “universal language” that can transcend barriers of age, language, colour or religion. He says that while barriers of access and inclusion do exist within sports, they still have the potential to be a powerful tool for unity and community building.

“If you’re a kid, you’ll make friends with the kids on your block…just through playing sports,” said Sheps. “If you’re an adult and you’re trying to integrate into a new workplace…especially if you feel marginalized by virtue of being new or having a language barrier, sport can be an easy way in.”

A study published by the Journal of Leisure Research that interviewed 30 first-generation American immigrants found that sports and other forms of exercise allowed them to connect with their new communities. Sports “helped them establish friendships with mainstream Americans, maintain business-related contacts and solidify their position within the local community,” the study reads.

Jean-Paul Rocke’s relationship with sports is different from the simple fun of street hockey or water cooler conversations that many Canadians grew up with. The fourth-year engineering student played cricket competitively for years in his home country of Trinidad and Tobago before coming to Ryerson. He had only been to Canada once to visit campuses before moving to Toronto. It was a tough transition being so far from home and the stark contrast from Caribbean weather didn’t help.

“That first winter really opened my eyes…it was a tough one to get accustomed to,” Rocke recalled.

Rocke eventually established a home with Ryerson’s cricket team. He found it easy to build relationships on the team in part due to the shared experiences he had with other international students on the team, particularly Richard Perkins and Zachary Nowell, who both grew up in Barbados, an island that neighbours Trinidad and Tobago.

Rocke said it also helped that half of the 18-man cricket squad in 2019 studied engineering. That made it only natural for the sense of community that the team found on the field to continue in the classroom.“Engineering is not that easy,” he chuckled. “Every time [the cricket team] would go on tour, we all used to help each other out. That’s when I actually came to appreciate the Ryerson culture.”

The Institute for Canadian Citizenship explored the effect of sports on immigrant integration when they surveyed more than 3,000 new Canadians for a 2014 study. 53 per cent of respondents said integrating into Canadian society was an important part of why they chose to participate in sports. 69 per cent mentioned that sports helped them learn about Canadian culture during their first three years in the country, either through their own participation or their children’s.

“If you’re an adult and you’re trying to integrate into a new workplace…especially if you feel marginalized by virtue of being new or having a language barrier, sport can be an easy way in”

Sport has provided opportunities for many new Canadians to feel at home. Although it’s not a perfect system, given the cost and other accessibility barriers that can bar immigrants from participating in organized sports, they have made a difference in many lives.

Minutes after telling me the story about his first day of high school, Wang, who travelled back to China in January to visit his family, stands up in his Wuxi home and momentarily leaves the frame of our Zoom meeting. He returns seconds later holding his NBA magazine collection and sits, flipping through cover after cover. Through the screen, I see LeBron James in his old Miami Heat uniform, Kevin Durant from his Oklahoma City days and even Dwyane Wade makes an appearance.

The list and conversation goes on. Wang and I differ in opinion on the classic basketball argument—LeBron versus Michael Jordan. I shouldn’t be too surprised, as the two of us grew up with entirely different sports experiences. Those differences were caused as much, if not more so, by the time difference (NBA games aired during school hours in China) than by cultural barriers.

Wang had to catch highlights and read magazines to consume his NBA content while I watched the games in-person or in real-time on TV. Despite our many differences, as we sit there on our Zoom call thousands of kilometres apart, I realize once again how easy it is for two people to connect, thanks to sports.